I’ve been watching 1 season and a half from the well known cartoon Futurama in less than three weeks. Watching squid Doctor Zoidberg dancing on the beach for seducing the lovely Edna was such a great moment.
Due the fact that I’m living in a former soviet republic, this picture took a special meaning for me :) 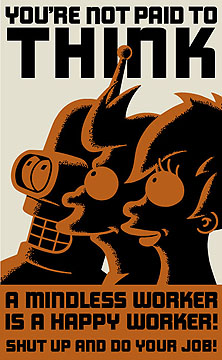 I’m thinking about designing some stickers or tshirts or anything else with it :)

If you armenian guys have ideas, let me know